In China, the ACLE fair generates an expectation of USD 2.6 million in business for By Brasil companies 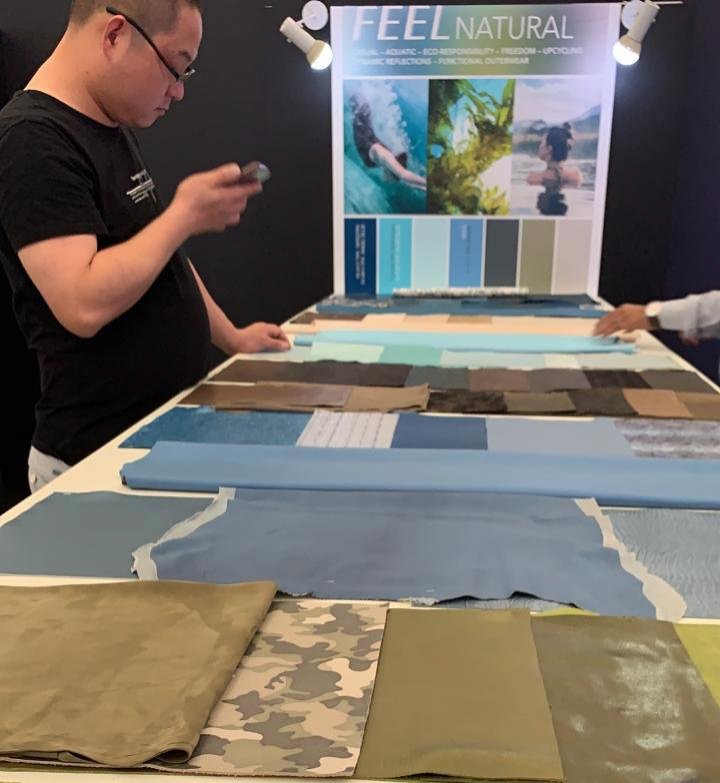 Share this news
Brazilian companies in the leather footwear sector have just returned from the city of Shanghai, China, where they attended the All China Leather Exhibition (ACLE), the main event for companies seeking proximity to Chinese tanneries. The fair, held from September 3th to September 5th, once again confirmed to exhibitors, buyers and visitors alike, the strength of this event, which occupies an essential place at the heart of the leather industry business and continues to attract entrepreneurs and professionals and is an ideal place to buy, sell, make contacts, get informed and discuss everything related to the sector.
According to the By Brasil Components, Machinery and Chemicals project, an export incentive action carried out in partnership by Agência Brasileira de Promoção de Exportações e Investimentos (Apex-Brasil) [Brazilian export and investment promotion agency] and Assintecal, the business forecast for the three days was USD 600 thousand and USD 2 million for 12 months. In all, there were three participating companies: Seta, Systemhaus and Tanac.
The performance of China's leather and shoe industries remained stable in the first half of 2019. Sales revenues from leather and footwear companies was RMB 0.54 trillion, up 3.35% from last year. Leather and footwear exports were USD 36.89 billion, down 0.15% from last year. Leather and footwear imports reached USD 6.40 billion, an increase of 1.26% from last year.
In the footwear industry, sales revenue generated by footwear manufacturers (with revenues above RMB 20 million) in the first half of 2019 was RMB 339.7 billion, up 4.72% from last year. Leather shoe production reached 1.88 billion pairs, a high of 0.13% from this year, and leather shoe sales revenue was RMB 199.58 billion, up 3.99% in the annual comparison. In the first half of 2019 alone, leather shoe exports were 328 million pairs in quantity and USD 4.33 billion in value, and imports of these products were USD 0.94 billion in value, an increase of 32.8%.
NEW CHALLENGES
China's market faces new challenges in the face of globalization, including sustainability. Environmental protection requirements are becoming tighter than ever, from water pollution management to solid waste management, to air pollutant management, and are being implemented from tanneries to shoe and luggage industries. But if they are causing pressure, they are also creating opportunities. The new quota-based full-emission pollution permit system promotes business transformation and modernization, eliminating back order production capacity and improving market concentration.
The application of new technologies and modes such as the IoT, big data, cloud computing and automated manufacturing has injected new vitality into the development of the industry.
While there are major challenges and some turmoil in the economy, the fundamentals of China's economic operations, including the leather industry, remain in good condition. Supply-side reform will be deepened and technological innovation will give the leather industry new vitality.
Leather and footwear companies increased investment, introduced or refurbished machines and equipment, and improved the level of automation and efficiency. At the same time, they adopted clean production technology and organized research and new products and material development.
In addition, many companies have shifted their demand surveys from downstream customers to final customers, step by step and actively guide the production and transformation of business models based on final consumer needs
Share this news